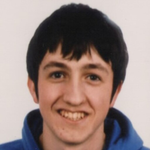 University of the Basque Country (UPV/EHU)

In this web you will find information about  Skills,  Certificates,  Projects,  Tags and  Contact. Humans can learn to understand and process the distribution of space, and one of the initial tasks of Artificial Intelligence has been to show machines the relationships between space and the objects that appear in it. Humans naturally combine vision and textual information to acquire compositional and spatial relationships among objects, and when reading a text, we are able to mentally depict the spatial relationships that may appear in it. Thus, the visual differences between images depicting “a person sits and a dog stands” and “a person stands and a dog sits” are obvious for humans, but still not clear for automatic systems. In this project, we propose to evaluate grounded Neural Language models that can perform compositional and spatial reasoning. Neural Language models (LM) have shown impressive capabilities on many NLP tasks but, despite their success, they have been criticized for their lack of meaning. Vision-and-Language models (VLM), trained jointly on text and image data, have been offered as a response to such criticisms, but recent work has shown that these models struggle to ground spatial concepts properly. In the project, we evaluate state-of-the-art pre-trained and fine-tuned VLMs to understand their grounding level on compositional and spatial reasoning. We also propose a variety of methods to create synthetic datasets specially focused on compositional reasoning. We managed to accomplish all the objectives of this work. First, we improved the state-of-the-art in compositional reasoning. Next, we performed some zero-shot experiments on spatial reasoning. Finally, we explored three alternatives for synthetic dataset creation: text-to-image generation, image captioning and image retrieval. Code is released at https://github.com/juletx/spatial-reasoning and models are released at https://huggingface.co/juletxara. The objective of the project is to build a system for the definition and implementation of software development processes based on metamodels. In fact, there are several methodologies that are suitable for software development. It is important to define the information of these methodologies through models so that they can be managed flexibly in the future and improvements can be made. In addition, it is necessary to build a system that establishes a methodology using information from the model for use by development teams in projects. The OpenUP methodology was used for the development of the project and the CCII-N2016-02 standard for the drafting of the project documentation and memory.

Automatic Image Caption Generation model that uses a CNN to condition a LSTM based language model.

The goal of the project is to compare different classification algorithms on the solution of plane and car shape datasets. This is a Visual Question Answering dataset based on questions from the game Egunean Behin. Egunean Behin is a popular Basque quiz game. The game consists on answering 10 daily multiple choice questions.